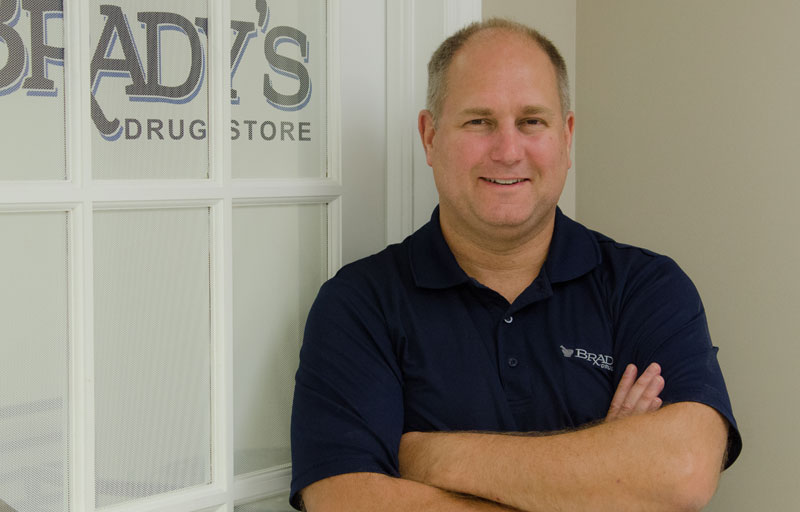 Most people will tell you Tim’s just a really nice guy who is easy to talk to. But he’s done a lot of other neat stuff too. He has been a practicing pharmacist since 2000. He has worked in hospitals, large pharmacy chains, and independent pharmacies in both Canada and the United States before opening Brady’s Drug Store in 2014. Tim is currently elected to the Board of Directors for the Ontario Pharmacists Association representing Southwestern Ontario, and is a Past President of the Essex County Pharmacists Association and former Ontario College of Pharmacy Accreditation Committee Member. Tim also sits on the Public Advisory Committee for St. Clair College’s Pharmacy Technician program and presents regularly to the Windsor Essex County Prostate Support Group. And if that isn’t enough, he does national and provincial talks to pharmacy colleagues on patient-centred care.

Tim has received awards for Excellence in Pharmaceutical Sciences and Leadership from Ferris State University in Michigan, and was the Alzheimer Society of Windsor-Essex County’s Philanthropist of the Year in 2012. Tim was also part of the Rotary Vocational Training Team that same year, and travelled to East Timor to help set up rural pharmacies and drug distribution networks. 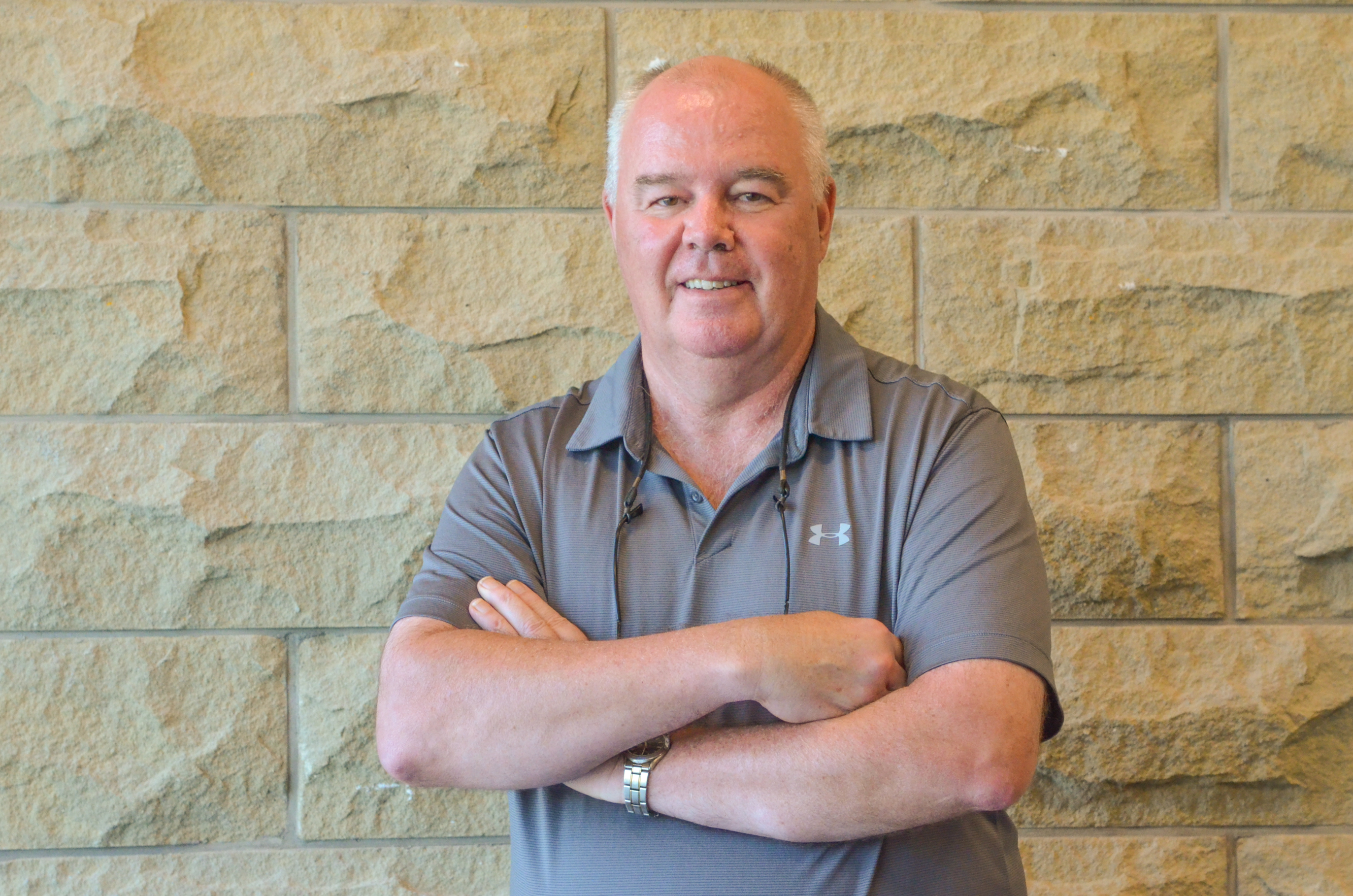 Jack has been a working pharmacist in Essex since 1982 and joined the Brady’s team in 2018. If you’ve filled a prescription in Essex sometime in your life, chances are Jack has counselled you. When he’s not delivering great patient care, he loves to play golf with his wife. 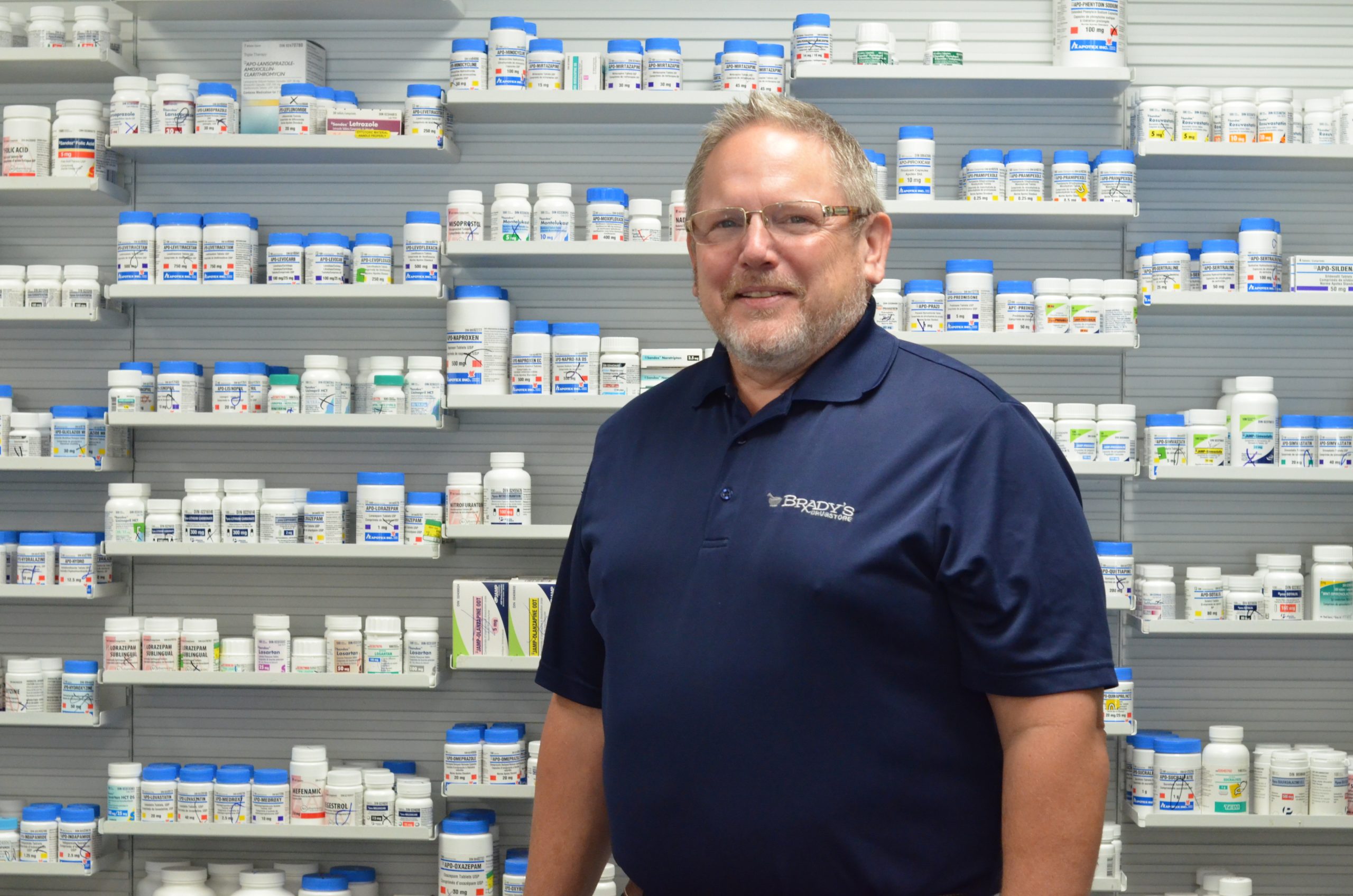 Tom is a Pharmacy Technician and has been serving patients in Belle River since 2007. Tom is an Air Force veteran who also loves to play the bagpipes.

“I love this job because Brady’s is customer driven. It’s not about counting pills, it’s about connecting with people.” 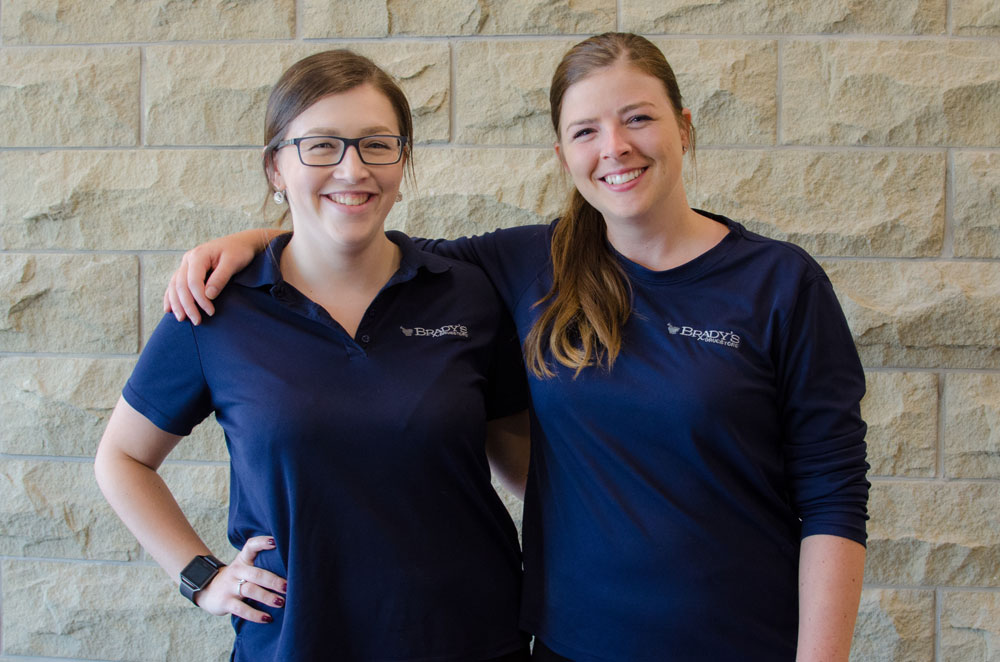 Samantha joined Tim when he opened the Essex store in 2014 and has been keeping him organized ever since. She’s joined in this photo by pharmacy technician Kirsten. 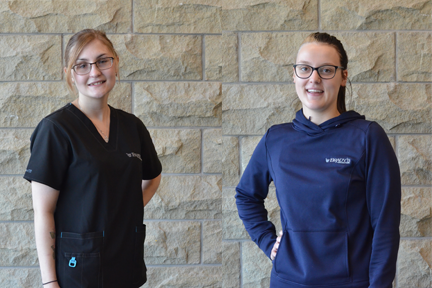 As the Essex location has grown, so has the Brady’s team, including pharmacy technicians Haley and Kally (who speaks German).

Sign up to receive Tim’s tips on staying healthy, his video blog, and the latest health news and information.